Private School versus Public schools in Australia – A comparison 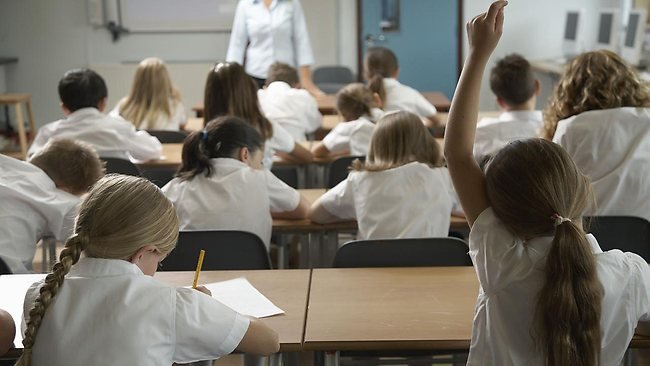 Could they afford to pay the fees? This is the deciding factor for many parents and potentially this decision could impact their child for years to come.

Let’s have a look at some pros and cons of private and public schools in the ‘Land Down Under’:

There are two broad categories of school in Australia: public schools (also known as government or state schools) and private schools, which can be further subdivided into Catholic schools and independent schools, which are largely Protestant grammar schools. There are also a few Jewish and Islamic schools, and a growing number of independent Montessori and Waldorf schools, as well as others. About 40% of Australian students attend private schools and the rest 60% goes to government (state) schools.

Homeschooling is also a valid option and many Australian parents prefer to educate their children at home, but we will only focus on the Private Vs Public school debate here.

Traditionally public schooling has served millions of Australians over the years, and for many parents, it is exactly what they want for their children. They offer great opportunities for connections to the local community, as they admit students from the school ‘catchment area’ (meaning the geographical location from which a state school admits its students, so basically your local state school is the school closest to your home.)

School education (primary and secondary) is compulsory between the ages of six and sixteen (Year 1 to Year 9 or 10).

School education is 13 years and divided into:

Primary school – Runs for seven or eight years, starting at Kindergarten/Preparatory through to Year 6 or 7.

Another major advantage of the state schools is their significantly reduced cost compared to the private alternative. Public school education is free to residents of Australia for those wishing to complete the minimum requirements. Schools will request a voluntary annual contribution from parents, the amount of which is set by the principal in consultation with the school community and budget requirements. This payment isn’t compulsory but it greatly assists the school with its resources.

In addition, parents are usually required to pay for textbooks, uniforms, disposable equipment, excursions, missing library books, meals and other extra-curricular activities. But the total expenses associated with public schooling are still much smaller compared to even the least expensive private schools.

Also, as public schools tend to be larger, there are more chances for children to make friends, and befriending children from all different walks of life has a marked impact on your child’s perspective and future. Particularly for migrants’ children, social aspects of a school are sometimes more important or at least equally important as academics.

Now, that’s not to say there aren’t cons to public schooling as well. And the first one is that public schools tend to have much larger class sizes, which means kids get less one-on-one attention from their teachers. The schools also draw together children from all kinds of socio-economic levels, which could potentially put some kids at risk of falling in with the wrong crowd. Having your child bullied at school is one of the greatest fears of parents.

Along with that, some parents may find that public schools don’t cater too well for gifted children, with most study materials being designed for the masses. In some areas (but not all – this is certainly not typical), public schools may also provide outdated learning materials, old and worn equipment, buildings and facilities, as they need to rely on limited government funding to provide for students.

Private schools, on the other hand, are often preferred over public schools for a number of reasons. There are certainly some pros about private schools, including that they tend to have smaller class sizes, better quality materials and school equipment and a more flexible curriculum which they’re able to tailor to suit your child and its needs.

Public schools are required to follow specific state guidelines and the defined curriculum, while private schools have more freedom to create their own courses and curricula as long as it meets certain standards. In many cases, private schools may go beyond the state curriculum by offering extra classes such as religious education, multiple languages, arts and sports programs, while public schools rarely will.

If your child has a particular interest or talent you might want to look for a school with the facilities to properly cultivate it. Better school libraries may have more computers to use, stay open longer outside of school hours, and have a better range of books and more permanent staff to help your children. Is your child keen on science? Private schools are more likely to have modern laboratory facilities and additional equipment to allow a wider range of studies. Private schools typically have more sporting facilities than public schools and can accommodate a wider range of athletic interests. They are also more likely to have multiple dedicated music rooms, more instruments and even specialised extracurricular. Private schools would also have a wider range of accessible art supplies and extracurricular activities to foster a student’s interest in art.

The negatives of a private school start with the higher cost of attending with tuition alone typically costing well over $10,000 (could be $20 000 and over) per year at high school age which often has to be paid upfront. Even the least exclusive private schools still cost several times as much as public schools.

When comparing the cost of education at private school vs public school, we should bear in mind that tuition costs are just the beginning. There are also other costs that often catch parents unprepared as they didn’t budget for them.

Private schools usually involve more numerous and more expensive financial commitments in all areas for the entirety of your child’s education. Such as cost of school uniform, textbooks, stationery, laptops and other school supplies. Tours and excursions: private schools usually have many excursions and field trips for their students, both to local areas and overseas destinations which involve airfare and accommodation costs. You will typically be spending more on these options at private schools and more of them may be mandatory for students.

Other private schools cons include the fact that they are harder to get into, and tend to have a more competitive community that can lead to higher level of stress for some students.

In comparison, the admission process in public schools is simple and straightforward. If you live within the vicinity of a particular public school, they are required to grant admission to your child upon fulfilment of some basic entry criteria, such as proof of address, child’s age and their current level of education.

Another thing to consider with private schools is that in many cases, the schools are religious and opting out of religious education is not an option. Parents need to think about the schooling experience they want their child to have, and whether religion plays a part in that.

If you wish to compare the quality of education offered by different schools or look at how results vary between public and private schools, there is a very easy way to do this with the Australian government My School website. This website provides information about schools including a number of students, number of teachers, its financial situation, student background, average attendance, and graduation rate. It also provides detailed NAPLAN results for every school. (This refers to the National Assessment Program which assesses essential core skills including reading, writing and mathematics.)

It is important to highlight that each family should analyse all schools available to them based on what their child needs, rather than focus on system generalisations, as your local public school may be just as ideal for your child as the top private school in the country.

You might be surprised to learn that, despite an assumption that a private school education ultimately leaves your child better off, multiple studies have found that the school your child attends has no or very little impact on their academic achievements. The key indicator in most of the studies as to whether a child would perform well at school was their socio-economic status, along with factors such as the number of books in the household and whether the child’s parents completed year 12. With that in mind, it seems that the argument for public schools vs. private schools is less about the supposed benefits in terms of academic merit and more about the ‘experience’ of attending school. Deciding between public and private means taking a lot of things into account, both in terms of the school and the child involved.

Some things to keep in mind: Talk to friends, colleagues and neighbours – ask them for their experience with the local school or other schools. Talk to the Principal to see how the school might be a good fit for your child. Follow up on any negative experiences and see how the school responds to your concerns. And most importantly – listen to your child. Don’t be scared to change schools if your child isn’t happy. You can change your mind!

MIGRANT NINJA TIP – For migrants coming to Australia, it is best to contact prospective schools prior your move to get the paperwork assessed. One of the perquisites for admission may be that you need to live in the specific catchment area of the preferred school. It is best to coincide your move a few weeks before the start of the school term to give you enough time to settle down and get all essentials in place.